After being woken up by a woman dressed in traditional Belarusian costume who brought our breakfast, we went on a tour of the Nanosy Complex.

Among the stunning views of the two lakes surrounding the complex was a German bunker from World War I, a bizarre relic that seemed to be pruned back to remind the passerby that the beauty was once a scarred landscape.

We toured several museums that only seem to exist in random Eastern European towns—a museum to the samovar and the oligarch-owner’s private taxidermy collection. (Note that in Minsk, there were creative, and quite random, museums to the iron and a museum to cats.) From there we toured the working mill and then Zoe Aqua, the musician on the group, and I led the group in “The Millers’ Tears,” a song about an old miller whose mill is closing down and he has to leave. It’s a sad song but one that is hauntingly beautiful.

We left the kitsch of the recreated “traditional” Belarusian village to go in search of Lake Shvakshte. The lake appears in a photograph that adorns the back cover of our reader but was nowhere to be found on google maps.

So rather than rely on Google, we located the lake the old fashioned way, and the way Helix, which prides itself on finding that which has not been found, does—we asked every local we could where was the lake and used the nearly 100 year old picture to show them. After all, unlike manmade landscapes, nature changes very slowly. It took a while, but at long last one person recognized the lake shore from the photograph and sent the bus driver down small dirt roads. When the massive bus could go no further, we alighted and walked towards…well, we didn’t know what we would find.

Then, after about 15 minutes of walking past gardens, cats, and dilapidated buildings, and a few people, whom we asked if we were going in the right direction, we saw it. Shvakshte!

It is a photo from 1927 with a group of 10 people out for a day at a lake all in the company of Meyshe Kulbak, the only name on the photograph. We recreated the picture and then went for a glorious swim in the bitter cold waters of the lake. I only lasted about 10 minutes.

On our three hour drive back to Minsk, we stopped in Miadel to search out the cemetery and stop by a beautiful lake.  After locating the locked cemetery, we climbed over the wall to find a relatively well kept set of gravestones.  This was unusual for our trip to date, since few people tend to Jewish cemeteries in these parts.  That untended nature of the generic Jewish cemetery led us to think that the first untended cemetery we visited in the town was a Jewish one.  Wrong.  It was a Polish cemetery from the pre-war period before the mass expulsion of Poles from this area after World War II.   We hopped the wall and began examining the gravestones. 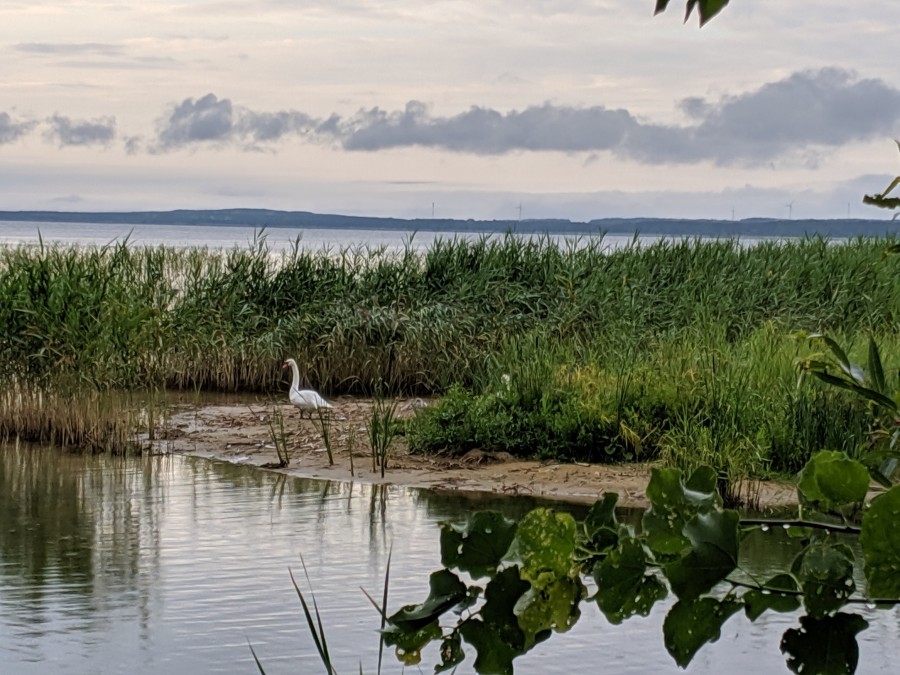 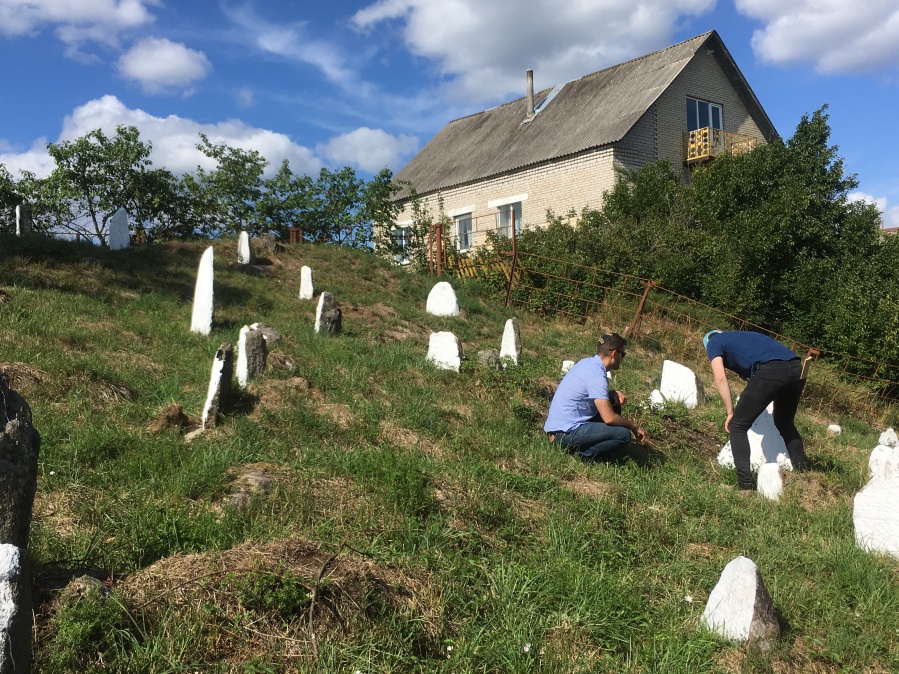 Only at the end of our time in the cemetery did I notice bones from the dead, a grim reminder of the reality of what all cemeteries are–reminders that whether we are Christian, Muslim, or Jewish, all that remains of any of us are bones.  We tried to shield the bone we found near the entrance, but it turned out that nearly everyone in the group had seen bones in different places in the cemetery.  Some were disturbed; others completely unperturbed.

And then we piled back on the bus for our long drive back to Minsk to prepare for our fancy dinner at the nicest restaurant in town, so said both a colleague who lived in Minsk and then two high tech workers we sat next to at the restaurant. It was Friday night, Shabbat, so a few of us sang some songs and said blessings to mark time.

Shabbat is often fraught for me when I’m on Helix. The trip is not a Jewish trip. It is a cultural tour of the region using Yiddish culture as its lens, but the leaders have a clear and well articulated secular vision of the program that makes it challenging for me to maintain my religious practice. So four of us made Shabbat in a weed field in front of our hotel making do with what we had.

From a faux Belarusian village to recreating a 100 year old photograph, closing the day with a small group singing Shabbat songs felt like the perfect way to close the day.